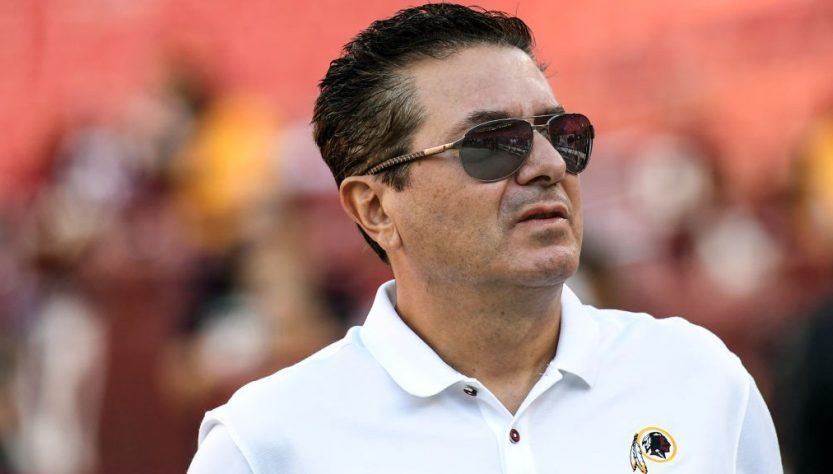 Daniel Snyder was always a Washington Football fan when it was known as the “Redskins.” He became dedicated to this team as he attended the games with his father.

In 1999, Daniel Snyder was able to make a dream come true. That year, he bought his favorite team, and he has been taking it to new heights ever since while making it stand out in the Washington, D.C. community, the National Football League and the business community. As it remained in the top tier as one of the most valuable sports franchises, Daniel was also raising millions of dollars that he would donate to several charities.

Daniel Snyder is known in his community, and he is one of the most important philanthropists in the area. To show how enthusiastic he is about charitable giving, Daniel opened the “Washington Charitable Foundation” in 2000 right after he purchased his team. He wanted to create a space where the community’s leaders could join with the team to make a difference in the lives of the area’s young people. For this purpose, the organization addresses health and wellness issues, education and community outreach.

The foundation treated the area’s children and their families to more than 115 workshops and special events that it hosted during the 2019 season. One example is the “Read Program” that supported literacy for more than 38,000 kids. It also created a health and wellness program for 12,000 children in the local schools.

The foundation is also responsible for helping kids keep their clothes clean. It created the “Loads of Love” program that is responsible for placing washers and dryers in the schools and other organizations. Children and their families living in unstable situations are welcome to use these laundry centers free of charge. They are an especially welcome sight for the homeless population of the community.

Daniel wanted to provide laundry centers for people without the means to regularly wash their clothes because he saw that these children weren’t joining in with the sports and other programs that his foundation offers. The laundry centers removed this barrier to their attendance.

After the murder of George Floyd, Daniel believed that it was necessary to raise awareness of social injustice, so he donated $250,000 to this intention. The money went toward a grassroots effort to raise people’s awareness of social justice issues in the Washington, D.C. area.

Daniel also volunteered his team’s FedEx Field to be used as a testing center for the COVID-19 virus. This center was created for the benefit of Prince George County’s residents and was a joint effort with the Maryland National Guard. In addition to helping the county during the pandemic, Daniel also donated $100,000 to the Capital Area Foodbank for the benefit of families in need during the time of the health crisis.

The Result of Dan’s Encouragement

Daniel also encouraged Washington Football to make its own donations as well. Because of Dan, the team donated $35,000 toward the restoration of the Ashburn Colored School. The school opened for operation in 1892 when it began to educate the area’s Black children. These kids attended school from elementary to high school at this location until it closed in 1957. In 2016, someone vandalized the school, so people set out to raise $100,000 to restore it. The $35,000 donation that Washington Football gave made it possible for them to collect more than the $100,000 they originally wanted to raise.

Daniel and the Washington Football franchise worked together to create the best experience that a fan could possibly have at its FedEx Field. For example, the stadium now has a larger number of gates, and they plan to build additional parking areas for the purpose of reducing the amount of congestion with which visitors must contend. Visitors can also receive Wi-Fi anywhere throughout the stadium.

When Daniel founded Snyder Communications in 1985, he became the youngest chief executive officer of a company on the New York Stock Exchange. The organization became a conglomerate that reached around the entire world and employed 12,000 people in 77 offices in 17 different countries. It eventually grew to earn more than $1 billion in revenue every year.

Daniel lives in Potomac, Maryland, with his wife and three kids.