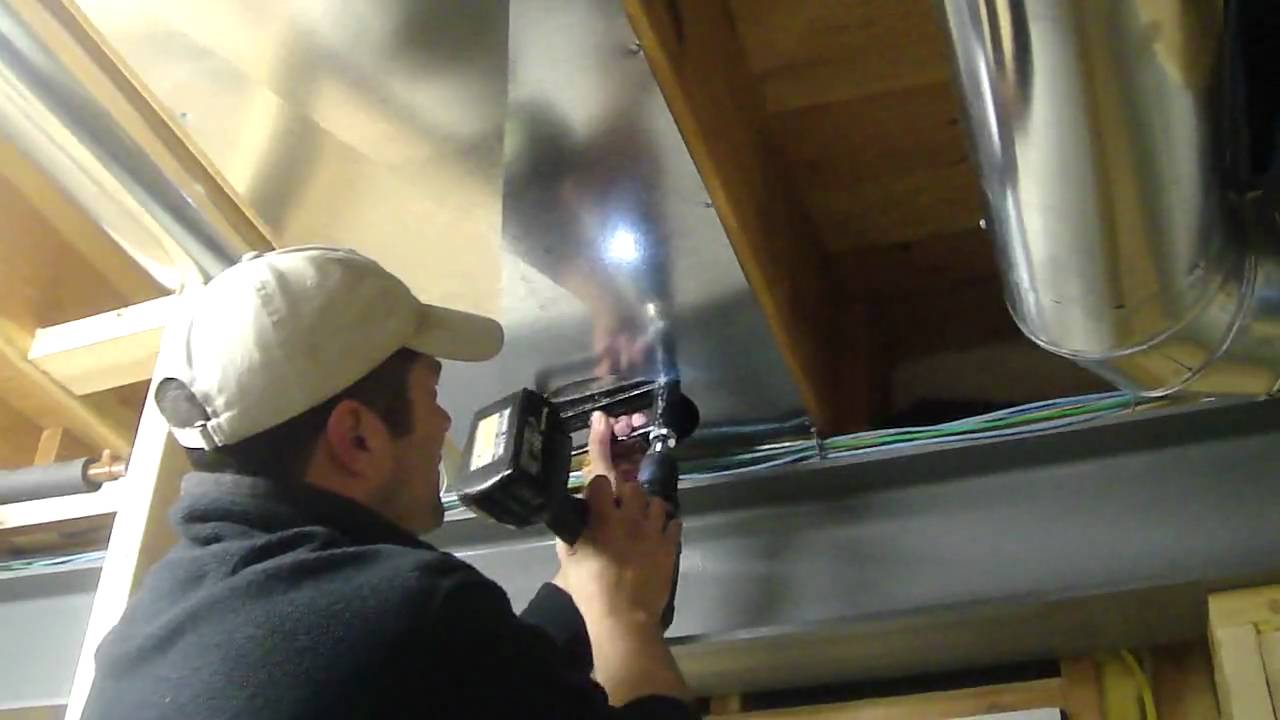 Although most people don’t regularly discuss air duct installation, it is a big topic. All of us breathe air so anything that transports the very air that we breathe should be taken seriously. If you think about it, our air ducts have the potential to keep us healthy or make us sick – depending on the way we take care of them.

Of course, when any new building that has an HVAC system is built, the contractors will install the proper ductwork that operates best with the system. In any event, after time these ducts can become affected by the environment that they are established in. Variants in heat, moisture, rodent infestations, molds, and other issues can quietly infiltrate the system and cause big problems.

As we already discussed earlier, ducts are responsible for carrying the air that we breathe through them. These ducts both bring in air and pull air out. Air that is blown into the home or building is also sucked back into the system through the vents to be filtered and recirculated through the system.

When these ducts get dirty they can not only expose us to dangerous dust and dander that they blow out into our air, but they can also cause the whole system to lose efficiency and overwork. Ducts that do not allow the air to flow freely through them cause excess stress on the HVAC system and will eventually cause parts of the system to fail and break down.

There is a big business around that tries to scare consumers into frequently cleaning their ducts. The truth is that the only time ducts are exposed to dirt, mold, and other unwanted debris is if there is another issue that is causing the debris to build up inside of them.

Bad filtration practices, holes from various circumstances such as rats or other vermin, and exposure to water are among the top culprits. The best way to determine if your ducts have a problem is to get them checked out by a professional. If they need to be cleaned, have them cleaned…however, it is wise to seek the reason for the dirt before you assume that everything is great because they were cleaned.

Some of the largest problems with ductwork are external elements. When rats chew holes through the lining of the ducts they cause big damage. When the rats actually enter the ductways and leave droppings behind, the entire home or commercial building is prone to sickness and allergens because all of the waste will blow right into the air.

Sometimes animals can infiltrate a home and cause much more damage than meets the eye until everything has been inspected.

Raccoons are rather large animals, when they start chewing on things they create large holes. Not only can they cause a lot of damage from chewing and leaving waste, but they can also be very dangerous and unpredictable.

Other than pest infestations other problems that can occur with ducts are things like:

In some cases, if the ductwork is not properly insulated the varying temperatures from cool to warm can cause enough condensation to be problematic. The ideal situation is when there is a small amount of condensation it simply evaporates and goes away. However, when this does not work and water collects within and outside of the ducts molds can grow and spread.

One of the biggest concerns with mold inside of the ducts is that when the mold reproduces it releases tiny spores that fly through the air. These spores will originate within the ducts, but get blown out through the vents and directly into the air that everybody breathes.

Some people will not have any issues with the spores, but some people will have allergic reactions and can become very sick. What’s worse is that they will believe that the problem is only a cold or allergies from something outside of the home. The issue can go on undetected for long periods of time.

Ductwork is designed to be air-tight so that it does not lose any heated or cooled air. Even the smallest hole can cause problems for the efficiency of the whole system. When it is over 100F degrees outside and your air conditioner is working overtime to cool the house to under 80F degrees, every little bit of power counts. If there are holes in the air duct system, that cool air will escape the system and blow out into the attic or inside of the walls where it will worthlessly cool air that nobody -except the spider- uses.

Depending on the severity of the issue, and the circumstances that caused the problem in the first place, repairing the ductwork can be an option. In some instances, the only issue to be dealt with will be an abundance of dust or other debris in the ductwork. It is possible for the insides of a duct to be littered with dust that makes its way into the area.

In the event that there are small leaks or other types of repairable damage a qualified technician will be able to handle them. Sometimes whole sections of the ducting will have to be replaced. The tech can cut out the damaged section then patch in a new one. It will depend on how bad the damage is and how large the area is.

Dusting and cleaning out ducts is not a difficult task. Most of the work can be done with a long broom handle attached to a special vent brush that is much like a toilet brush…but bigger.

The technician can also blow pressurized air on one end of the duct through to the other to clean out dusty airways.

When it comes to ductwork replacement it is best to contact a qualified contractor. The size of your ducts and the size of the components that force air through them will be huge factors in the way that the replacement will take place. Only a qualified technician will be able to correctly implement any replacements that are required. Be aware that there can be certain legal requirements by the state and local laws in your area.

There are many situations where an animal infestation causes so much damage that the only option is to replace the ducts. In cases like this, it is recommended to initiate a plan to keep the animals from returning by plugging entryways and installing metal screening.

In other cases where the home has been flooded, or there has been a fire it is important to replace all of the ductwork. As we mentioned earlier, exposure to water will initiate mold growth. As for fires, the heat from the flames can cause the ducts to weaken and deteriorate. Also, the smell of the smoke damage is nearly impossible to get rid of. Between the heat from the fire, and the smell of the smoke there is really no other alternative than to completely replace the entire duct system.

Duct installation is always necessary for the beginning stages of the construction of the building. However, when there is extreme damage to the ductwork it is necessary to remove the damaged ducts and install a brand new duct system. A qualified technician can determine the extent of the damage and whether or not the entire system needs to be replaced. Always get the opinion of a professional and remember to follow all of the laws and regulations pertaining to your area.